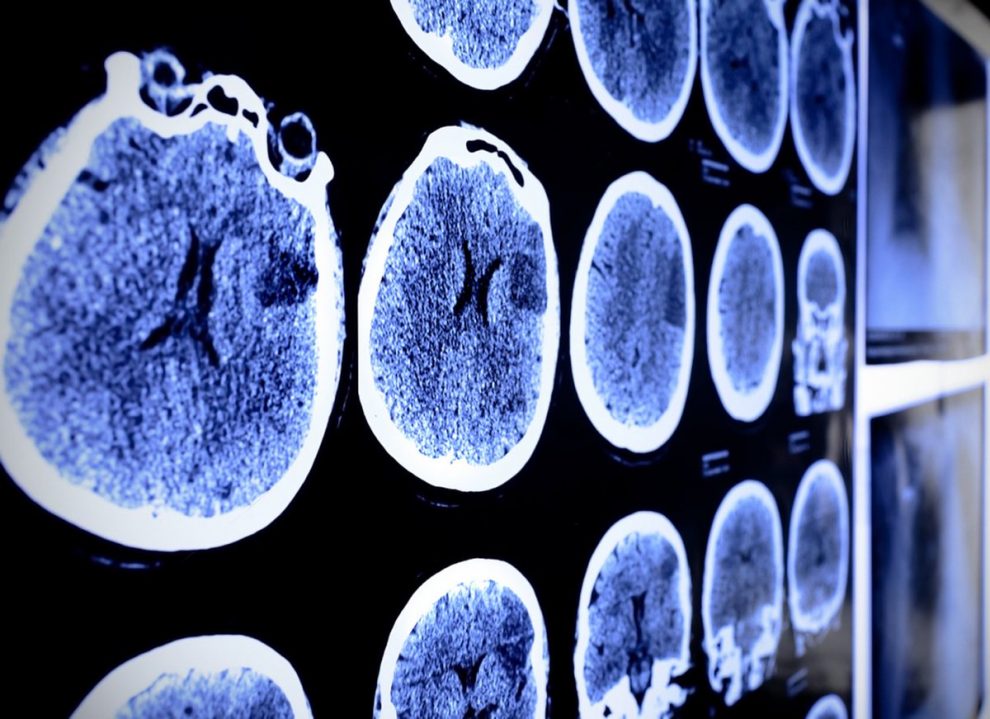 Michele Peyrone (1813-1883) was an Italian doctor who turned his back on medicine to study Chemistry. After study in Turin and Paris he moved to a laboratory in Gieben in Germany and it was here he started working on platinum salts. He was working with the platinum salt identified by Heinrich Magnus in 1828 (the first identified platinum salt). When trying to synthesise the (green) Magnus salts he used an excess of ammonia and identified a second yellow product which formed a precipitate.

Peyrone went on to identify the new salt as PtCl2(NH3)2 and published on it in 1844. It was then known as Peyrone’s salt and subsequently named cis-diamminedichloroplatinum and now Cisplatin.

All radiation oncologists know that it was a few brief months from Roentgen’s elucidation of X Rays in 1895 before they were being used therapeutically. The same oncologists might be surprised to know that it took 121 years for Cisplatin’s potential therapeutic effects to be explored.

In 1965 Barnett Rosenberg at Michigan State University noted that binary fission in the e coli has suspended in the a sequence of experiments using electrolysis. Cell growth continued but without cell division and the e coli grew to 300 times their usual size. Initially perplexed the scientists eventually correctly concluded that the cisplatin electrodes they were using were responsible. From here it was a shorter leap to treating sarcoma in rats and eventually the registration of the drug as a chemotherapy agent for ovary and testicular cancer in 1978.

Although very toxic to give in the early days of supportive care (before 5HT3 antagonists the drug was colloquially known as ‘cis-flatten’ ) its efficacy was obvious. An understanding of the mode of action (through distortion of the double helix through formation of DNA adducts) made it a natural partner to accompany radical radiotherapy. Studies through the eighties and nineties consistently confirmed a benefit in local control when the platinum was added to radiotherapy. The landmark NCI announcement and concomitant NEJM publications on cervix cancer changed the standard of care overnight.
http://goo.gl/63dagA

The MACH-NC meta-analysis has confirmed the benefit of concomitant platinum based chemo and whilst we continue to argue over the place of induction chemotherapy, concomitant treatment appears to be here to stay. There is still an argument that Cisplatin may just be replacing ‘extra’ dose from radiotherapy but the recent GORTEC study would seem to put that to bed too – cisplatin offers something over and above extra Gray.

Nonetheless there remain important questions; what is the ideal dose, the ideal schedule, are all platinums equivalent and what is the additional role of 5FU. I have my opinions on all of these points but the question posed by the #radonc Journal Club this past week is whether, in an age of biological medicine, this 171 year old drug is still the best we’ve got.

Cetuximab promised much but has delivered little. The original Bonner paper arrived with a fanfare because of the beguiling premise of a rational biological targeted approach that didn’t increase toxicity. The trial was flawed – the control arm of radiotherapy only was inappropriate in a chemo-RT age. The benefits seem to be confined to the subgroup who received accelerated fractionation and close interrogation of the results by the FDA revealed that an elderly subgroup (not pre-planned analysis) also failed to benefit.

I have two big problems with Cetuximab; it’s much more toxic than the herald publication would indicate and that the biological basis for giving it is flawed.

The Bonner paper made much of the fact that Grade 3 toxicities were not significantly different through the addition of the new drug – but that failed to tell the whole story. Very quickly after cetuximab use grew reports were published of quite marked (dose limiting) skin toxicity. Any drug which compromises the ability of the radiation oncologist to deliver radiotherapy to schedule instantly cancels out any benefit it may have offered – this is what was happening. Another interesting take on the toxicity was offered by the work of Andy Trotti and Soren Bentzen. They took the view that taking note only of Grade 3 toxicity ignored the burden of toxicity of lower grade. Of 30 toxicity scores reported by Bonner 22 were worse with Cetuximab. Only 2 of these (infusion reaction and skin rash) were Grade 3 but it is not difficult to imagine that the frail head and neck patient would tolerate this extra burden poorly. Side effects that are spread thinly but widely are likely to be just as unpalatable as those that are heaped high in small places.

More recently there has been some useful and disturbing clues that the biological basis of using the anti-EGFR antibody is itself flawed. Thorsten Riekmann’s lab have shown (in vitro at least) that in HPV infected cell lines that EGFR blockade has no influence at all on the radiation kill (whearas tantalisingly PARP inhibition does). This piece of pre-clinical radiobiology makes the ‘de-escalated’ HPV strategies currently using Cetuximab in clinical trials look deeply flawed.

The retrospective paper offered by the team at MSKCC is helpful in giving us more data to see. Its benefit is limited by the usual caveats about retrospective data but it does nothing to strengthen the case for cetuximab.

My use of cetuximab is limited to those who cannot have cisplatin or carboplatin (deaf with poor kidneys) and are yet still PS 0 or 1 (to fit with the UK NICE guidance on Cetuximab funding) – that’s a very small cohort indeed. It remains a standard of care in advanced disease after the EXTREME trial but we shouldn’t spend too much more time with it in concomitant treatment.

I’m more interested to know how we should use platinum based chemotherapy before (if at all) and during treatment and how we continue to increase therapeutic ratio by reducing toxicity.

To borrow from Michele Peyrone: “I am determined to pursue this subject with all my energies, without having regard for the difficulties to be encountered at every step in so expensive and delicate a research”.

Is There Life After Cancer?
Oncology Based On Humanism
Comment